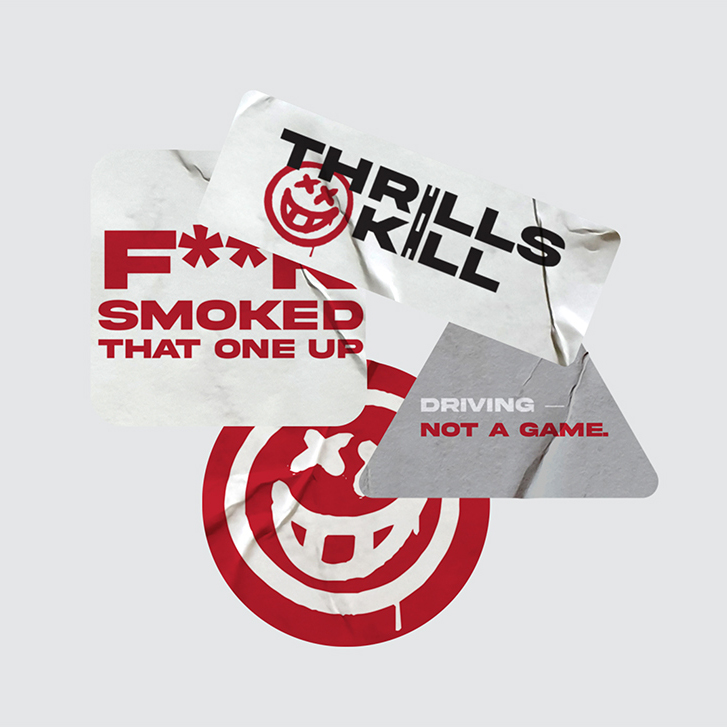 Lately, there have been too many news stories about idiot boys and their ‘need for speed’.  Often, it’s a tragedy waiting to happen with an unhappy ending for someone’s family and friends. My chosen subject is idiot boy racers, the ones who don’t know how to control their thrills. This is how I came up with the name for my project Thrills Kill.

A driving force behind my original concept came from my personal experiences in organised Motorsport. From knowing first-hand how safety protocols play a huge role in making sure nobody gets seriously injured or in the worst case, a tragic loss of life occurs.  Safety is paramount in organised motorsport so that the sport can continue by hopefully limiting the harm to those involved.

Through my research, I discovered a greater issue in society which lead me to investigate the never-ending need for speed in our young Kiwis. It became apparent that a warm fuzzy approach was not going to engage my audience. I really needed my work to hit home by being direct, using their own words and slang against them, wanting them to know that while the thrill can give them an immediate ‘high’, there can be lifelong dramatic and life-changing consequences, not only for them but those closest to them.